How to go from a new ordinance to a working digital government process in 2 weeks or less. For free!

CityGrows helped the City of Paramount launch a new process at lightening speed. Here’s how we did it:

It’s never a good idea to try and reinvent the wheel. Once one government has spent time and effort to build out and test an efficient, workable online process, it makes sense for other jurisdictions to be able to make use of that good work. Governments aren’t in competition with each other, and part of their responsibility is ensuring that public resources are well-spent. While some highly complex public processes require a complete design/ build technology contract, most don’t. The same processes (such as issuing permits for special events or licensing pets) are repeated from state to state, town to town, and county to county, and though there are minor variations between them, the core components are the same. We developed the CityGrows “clone this process” feature to keep governments from having to reinvent the wheel every time they want to launch a new online process or workflow.

Here’s a great example of how this feature is being used: the City of Paramount cloned Monrovia’s Home Security Rebate process. It all started when Paramount staff learned about Monrovia’s popular program, which provides a modest rebate to owners and renters who buy, install, and maintain security devices— things like alarm systems, smart doorbells, and security cameras.

Monrovia is an extremely innovative City. Their city staff, City Manager Oliver Chi and Assistant to the City Manager Brittany Mello are focused on digitizing and improving the processes in their City, and the Rebate program was the first process they launched on CityGrows. Monrovia staff worked through the ins and outs of the process, tested it internally, and launched it with the public. It was such a success that their Council allocated additional funds to the program once the initial funding was distributed to community members!

When the City Manager in Paramount found out about the program, their IT team assumed it would take at least a few months to get something similar up and running for their residents…but then they talked to Monrovia, and found out about CityGrows.

Imagine their delight when they learned about our “cloning” feature. The first day that a member of the Paramount staff created a government account on CityGrows, he was able to clone the Monrovia process into his account. He immediately was able to make the changes he wanted himself, like adding his own staff to the review steps, and dropping in his City logo and custom banner image. He began testing and refining the process with his staff, and within 2 weeks, it was live on their website and in use by Paramount residents!

CityGrows is committed to changing government employees’ expectations about procuring and deploying technology. It shouldn’t be time-consuming or expensive. Our government partners deserve tech that is easy to set up and use- and that doesn’t require lengthy RFP processes or up-front budget allocations. It’s free to local governments to use the basic version of CityGrows, and if they choose to pass our payment processing fees along to their constituents, it can be completely cost-free for local governments. We’re extremely happy that the City of Paramount is our newest partner!

If you’d like to learn more about how to clone processes on CityGrows, start by setting up a government account on our platform, and we’ll be in touch. You can see the range of processes we have available for cloning below, or check out our templates at the CityGrows site! 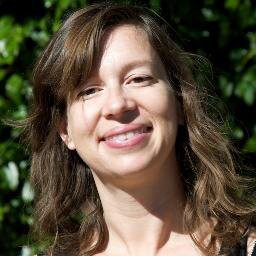 CEO and Co-Founder of CityGrows. Dedicated to transforming government technology and helping local governments provide better service and do more with less. Former VP of City of Los Angeles Innovation and Performance Commission, co-founder of LA's Code for America Brigade Hack for LA. Catherine is the Chair of the Board for CicLAvia, north America's largest open streets bicycle events. She's based in Silver Lake in Los Angeles.

Thank you! Your submission has been received!
Oops! Something went wrong while submitting the form.

No credit card or up-front payment required to get started.
You can export your data at any time.